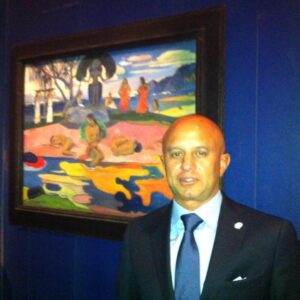 Mario Vicente Gesualdi was born in the province of Buenos Aires in Argentina, he has a dual citizenship, both Argentine and Italian. He graduated from the scientific high school La Salle in 1978, then he obtained the professional qualification of mechanical draftsman, as well as a diploma in foreign trade. He has a wide range of social and political activities including: President of the Delegation of the Children of Italian immigrants abroad, formed by the Ente Bergamaschi nel Mondo; Promoter and responsible for Bergamaschi nel mondo in the creation of the new Circles of Bahia Blanca and Patagonia in Argentina; Provincial Delegate of Forza Italia Bergamo for the election of the Provincial Coordinator; Responsible for relations with the Migrant Council of the Province of Bergamo. He is also an expert in green building and supports the export of Italian technology in Latin America.