Demix Group is aware of the environmental and social consequences of traditional landfills, so it has dedicated itself to researching real and practical solutions, finding plasma gasification as an alternative that has already been tested in several industrialized countries such as Canada, China, the United States, Germany, and Romania.

A plasma generator is a device that converts electrical energy into thermal energy carried by a gas. Plasma reactors allow almost any gas to be converted to the plasma state. The heat influx can be precisely and easily controlled.

Due to the very high enthalpy (energy density) of plasma, gasification and reforming reactions can take place in a rather small space.

The advantage of plasma technology is mainly the high temperature of the plasma jet, which can be used for two different purposes: a) support for gasification and fusion/vitrification of inorganic solid materials and b) decomposition of pyrolysis complex gases. into light hydrocarbon fractions.

The first stage is a counterflow fusion gasifier. Solid waste is fed from the top of the gasifier and begins its descent. The temperature in the upper part is between 300°C and 500°C, and all moisture and volatile material evaporate. Preheated air is injected into the lower part of the gasifier, and it is here that the rest of the combustible material is gasified at a temperature of 1500°C. The noncombustible materials, such as metals, glass and other minerals, are melted together and used as a nonleaching metal slag alloy. The second stage is a plasma reactor. The gaseous or liquid waste to be processed is injected directly into the reactor and mixed with gas from the gasifier. The gas and liquid enter a high-speed, high-temperature (600-800 m/s and 3000-5000°C) air jet generated by the plasma reactor. The air jet provides the temperature and immense dynamic power needed to completely decompose all hydrocarbons, including halogenated hydrocarbons such as PAHs (polycyclic aromatic hydrocarbons) or dioxins.

In principle, any kind of material can be treated by this process. Inorganic compounds are recovered in the form of nonleaching slag and a metal alloy. The nonleaching slag can be used as a construction material, while the metal alloy can be melted down into products for sale or sent to a refinery.

The organic materials are converted into a fuel gas consisting mainly of CO, H2, N2 and some CO2. The fuel gas can be used directly in a gas turbine to produce electricity or in a boiler to produce steam or hot water.

An important part of the process is thermal afterburning using plasma. The purpose of this process is the decomposition of complex hydrocarbons at the molecular level. This process takes place in four groups acting in a compact unit: the plasma torch, the mixing zone in the plasma jet, the reaction and settling zone and the ash outlet chute.

The extreme temperature of the plasma jet is used to solve the tar content problem in the syngas by causing the complex hydrocarbons to break down into basic molecules. The absence of tar makes it easier to clean the gas later in the process, making it even more efficient. 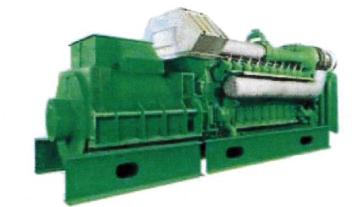 Electricity generation is a plant design process. In some cases, Demix Group recommends a mixed generation system where both gas and steam are used to achieve maximum efficiency.

Part of this generated electricity is used for the plant’s own consumption, generally 15 to 30%, and is known as parasitic energy. The surplus is connected to the electricity grid for sale.

Request a quotation on Demix Innoshop!